This past weekend was the annual Atlanta Military Figure Society show in Marietta, GA. While there are terrific displays of model building and painting prowess, my interest is almost entirely in the vendor area.

Osprey titles abound at this show and most can be had for a fiver (USD) or less. I try to stick to topics of immediate personal interest lest I blow my entire hobby budget for the year. I suppose if I was smart, I'd have bought quite few to sell as bundles on eBay.

In any case, the most interesting looking of those I picked up is Women at War: 1939-1945 from the Men-at-Arms series. I have not run across it before when rooting around piles of Osprey books. The single picture of  Soviet bomber aircrew ("night witches") would have been enough on its own to get me to purchase it but it's also a topic vastly underrepresented in my small collection of history books. 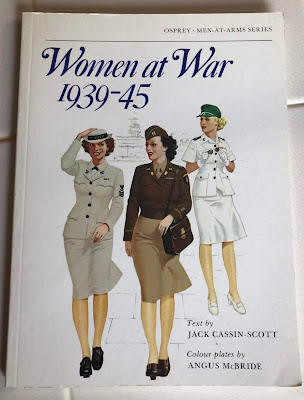 I blame Rommel for this next purchase. Had I not read Infantry Attacks, I doubt I'd have bought it.  The German Army 1914-18 will come in handy though if I decide to field some Germans in Italy: 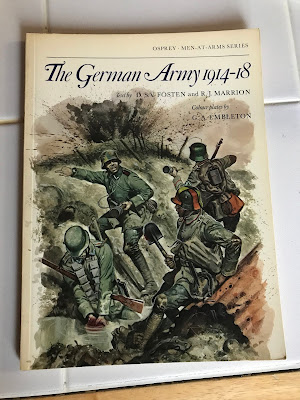 This next one requires some explanation.

There I was minding my own business a few weeks ago, when I read a very simple point-to-point campaign for Kursk. One of the campaign tracks involves following Grossdeutschland. A look into some of the map points on Wikipedia led to learning about an encounter involving the recon battalion associated with GD. That lead to finding a Spearhead order of battle for 1943 for the GD recon battalion. And the next thing you know, I'm obsessed with fielding one a 1 stand = 1 company, even on my tiny table where an armored car can race across it in a handful of turns.

Figuring I should learn more about the vehicles, I grabbed this for $2. 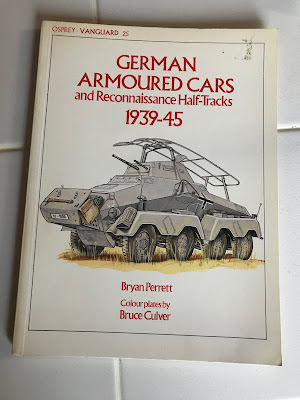 Somewhat related, since my Eastern Front tanks are 1/38, I ordered a 1:43 sdk. 222 on eBay. It's cute and little and goes "hee hee hee". But I was OK with that, even if it's dwarfed by my Deetail Kubelwagen.

However, a vendor at th show had the 21st Century 1/32 model of the sdk. 222 for just $18 USD marked down to $15! Even if I didn't want it, I would have bought it! (in retrospect I should have bought the other vehicles and sold them on eBay. smh.) 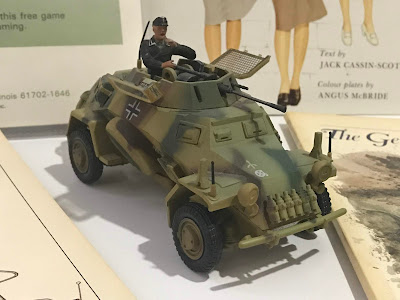 So now I have two scales of 222. This is no unusual in my collection so I will just roll with it and pretend I'm not kept up nights debating which scale vehicle to settle on.

The last item I picked up at the show was an unpunched copy of Battle for Moscow - a game available freely online and one that has been on my want list for years, even before I ever played a hex-and-counter game.

I don't like printing my own game components - cutting out counters from cardstock is tedious, but the real issue is they aren't thick enough. You have to mount them and that's just too much work, especially now that I have several other professionally produced games.Finding an actual printed copy though meant purchase was a no-brainer: 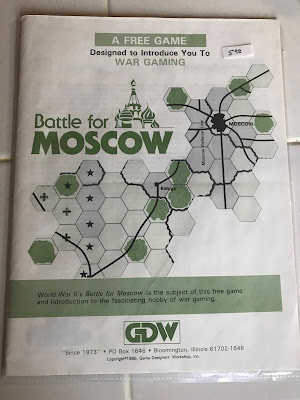 I'm not convinced I'll go back again next year - mostly because it's a long ride given how little time we spend there. And while there are deals to be had, something about the atmosphere felt off-putting to me. Not really appropriate here but it's just something I noticed. We'll see if I still feel the same next year.

The next big event on my sort of gaming related calendar is the WWII Days in Peachtree City in April.
at February 25, 2020